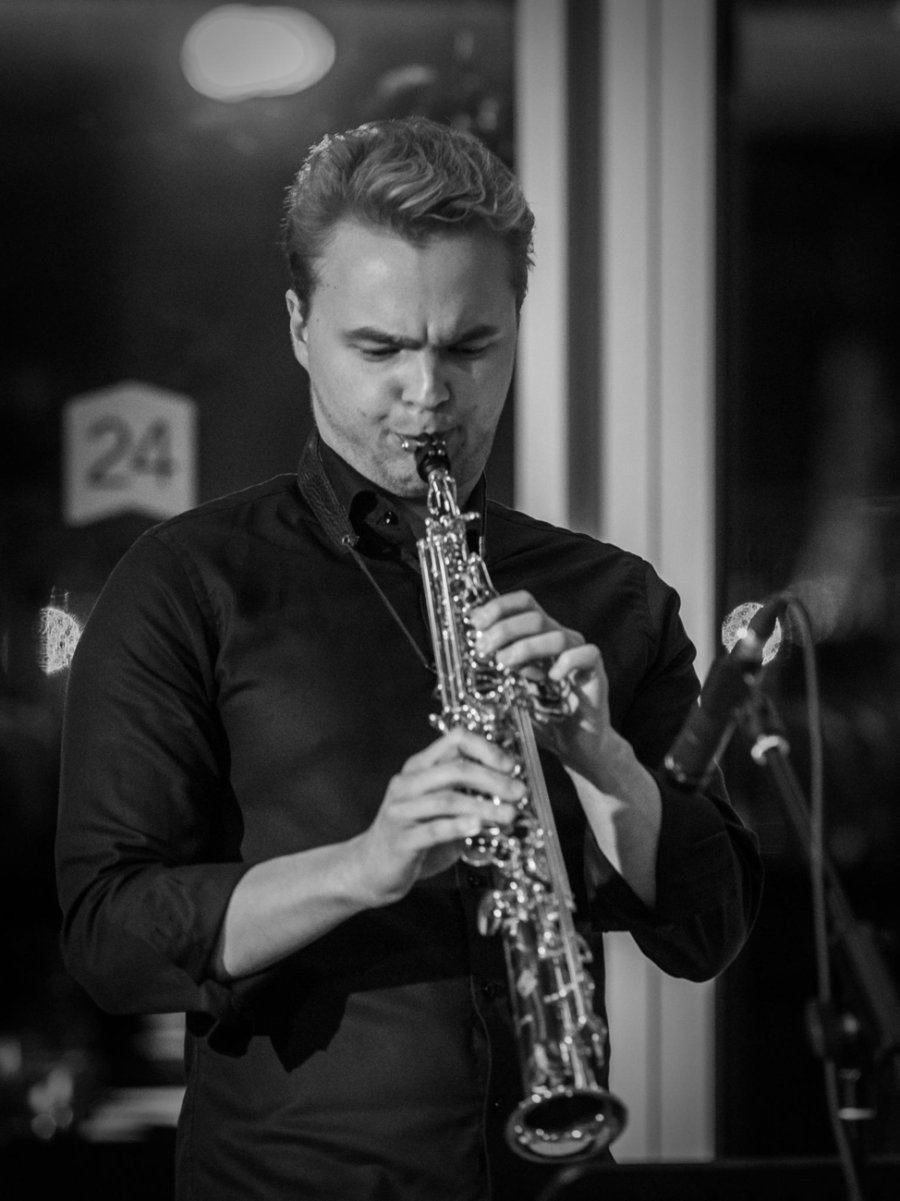 Aleksander Paal is a demanded jazz saxophonist who is currently working as a performer, composer and educator in Tallinn, Estonia. Initially starting with classical piano at age 7 he switched to saxophone and discovered jazz music at age 10. During his early years Paal participated in numerous local saxophone competitions, both classical and jazz oriented, and managed to win some of them. Most notably in 2012 he got the 1st prize in the Northern European Jazz Talent Contest in Groningen, Netherlands.

Aleksander has studied jazz music at the Estonian Academy of Music and Theatre (2008-2014) and at the University of Music Franz Liszt Weimar in Germany (2010). During his studies he took part in many international workshops, most notably attended the IASJ meeting in the Hague in 2010.
Nowadays he has become a sought-after improviser in the jazz idiom. Knowing his way around different styles of music (including free jazz, contemporary free improvisation, pop, funk, R&B and more) is definitely one of the strongest sides of Paal’s playing.

Back in 2016 Aleksander was a lead alto player in an international project called Euroradio Jazz Orchestra which took place in Scotland and was conducted by Tommy Smith. In 2018 Paal was among few musicians who were comissioned to compose a symphonic jazz piece for a large orchestra with a jazz rhythm section. The work was done together with Raul Sööt and got premiered later in November, celebrating 100 years of Estonia.

Besides leading his own groups (one quartet and two trios) Aleksander plays lead alto in Estonian Dream Big Band and New Wind Jazz Orchestra. As a sideman he has played and recorded with various local groups such as S.P.A.R. Quartet, Trading Fives, Jason Hunter Quintet, Sofia Rubina Band and more.
Paal teaches at the Estonian Academy of Music and Theatre since 2018.