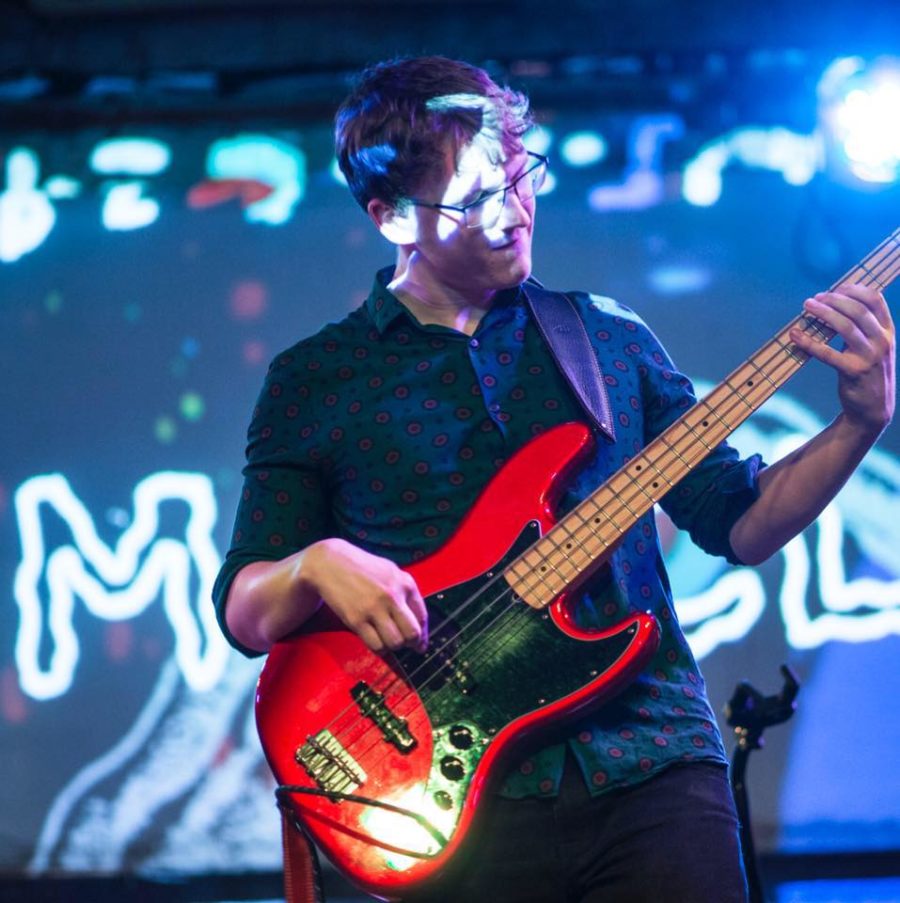 Award-winning bass player and composer based in Glasgow, working primarily in the fields of jazz, folk and contemporary improvised music. A mainstay of the Scottish scene, David Bowden has toured the UK and Europe extensively with a variety of projects.

In 2015, David won Yamaha Jazz Scholarship Award and in 2017, fresh from graduating from the Royal Conservatoire of Scotland, he was awarded the title of ‘BBC Young Scottish Jazz Musician of the Year’.

David specialises in writing genre-spanning instrumental music for bespoke ensembles. He has a diverse musical palette that is reflected in his main compositional project inspired by his studies in Ghana and Amsterdam: the acclaimed world/jazz fusion ensemble ‘Mezcla’. Tying together modern jazz with influences from West Africa, Latin America and RnB music. The band has appeared at festivals across the UK and will be releasing their debut album in 2020.

As a sideman, David is a member of the Fergus McCreadie Trio. The band’s acclaimed album ‘Turas’ was shortlisted for the ‘Scottish Album of the Year’ award and has followed with appearances at venues such as Edinburgh Jazz & Blues Festival, Ronnie Scott’s, Oslo and Stockholm Jazz Festivals.

David is also a co-leader of the contemporary jazz quartet ‘Square One’ described as a ‘powerhouse of Scottish Jazz talent’ by BBC Radio Scotland. The band won the Peter Whittingham award 2015 and have released two albums to critical acclaim followed by a tour of the UK, Austria and Poland.

David is also active outside of the Jazz scene, regularly performing with acts such as Robin Adams, Avocet, Dosca, Finn Anderson to name a few. Recent performance highlights have included festivals across the UK as well as performances in the Czech Republic, Poland, France, Belgium, Holland, Australia, Dubai and Zambia.

He is also active as an educator, working for Glasgow CREATE, Dollar Academy, Edinburgh Jazz school, RCS Musicworks, SYJO, Fife Council and Sistema Scotland and, as of 2016, as a National Youth Jazz Collective Ambassador.